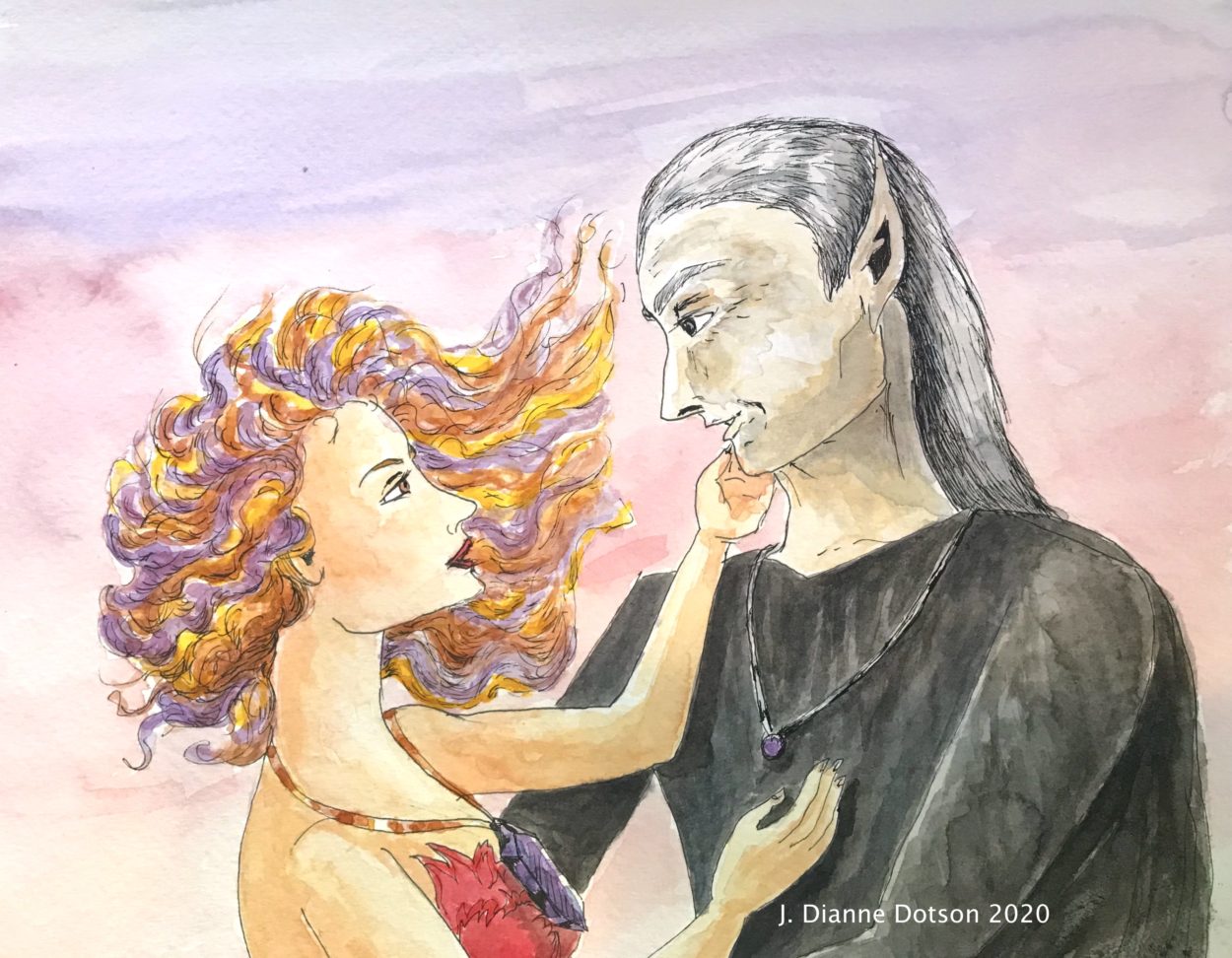 Another Valentine’s Day swoops in upon us, on cherubic wings laden with saccharine greeting cards. I wrote a fantasy short story earlier this week with a Valentine theme, and you can read that HERE.

But in today’s post, I’m continuing the theme from last year, when I talked about romance in Heliopause: The Questrison Saga®: Book One. There were plenty of hints in Heliopause about someone important to one of the main characters. She never appears in the flesh in that book, but her influence is everywhere, and at the end she’s seen as a hologram.

This is, of course, Galla-Deia, the heroine of Ephemeris: The Questrison Saga®: Book Two. Her history is relayed in that book, and her meeting the galactic mage governor Aeriod changes the courses of both their histories forever.

It is an unbalanced relationship at first. Aeriod wields considerable power, not just in the galaxy at large, but also in his own home. Yet his asteroid castle in the air feels hollow to him. He is essentially ageless, and he has become lonely and bitter over the centuries.

Enter Galla, with her untamed, fiery nature, and she is also ageless. So he is fascinated by her, and exerts his position of power by insisting she train with him before anyone else.

At first Galla does not take well to the arrangement. She does not want to be controlled by anyone. But as she matures, and sets her boundaries, she also opens up her heart, and so does Aeriod. Her ultimate decision to do this marks her independence, while at the same time it creates a rift between them.

Aeriod knows her time with him is limited, and he will see very little of her over many years. He paces the floor and wonders how much longer they will have together. She is everything he is not, and therefore he is drawn to her for what he lacks in himself. She, however, is much younger, and while ageless, she is just beginning her journey.

Galla learns about honesty and integrity from the humans she befriends. If she is to fit in with humanity, she must choose to be among them and help them. So her path twists away from Aeriod.

Yet they are forever entangled. The galaxy has entered a time of discord, and Galla and Aeriod need each other’s respective skills. It is Galla’s independence that inspires Aeriod to do the right thing, to help the galaxy in his own way, and split away from an ineffective leadership. He makes many mistakes along the way, but Galla emboldens him always to do better, to try harder. And Aeriod reminds Galla to stay vigilant and true to her own goals, and to suffer no one who lacks integrity.

Love is often complicated and messy. There is no correct path. It has twists and turns, and surprises along the way. Galla and Aeriod may or may not figure how love fits into their lives, but they realize they both grew from their time together. Whether you’re on Earth or flitting between the stars, maybe that’s what it’s all about.