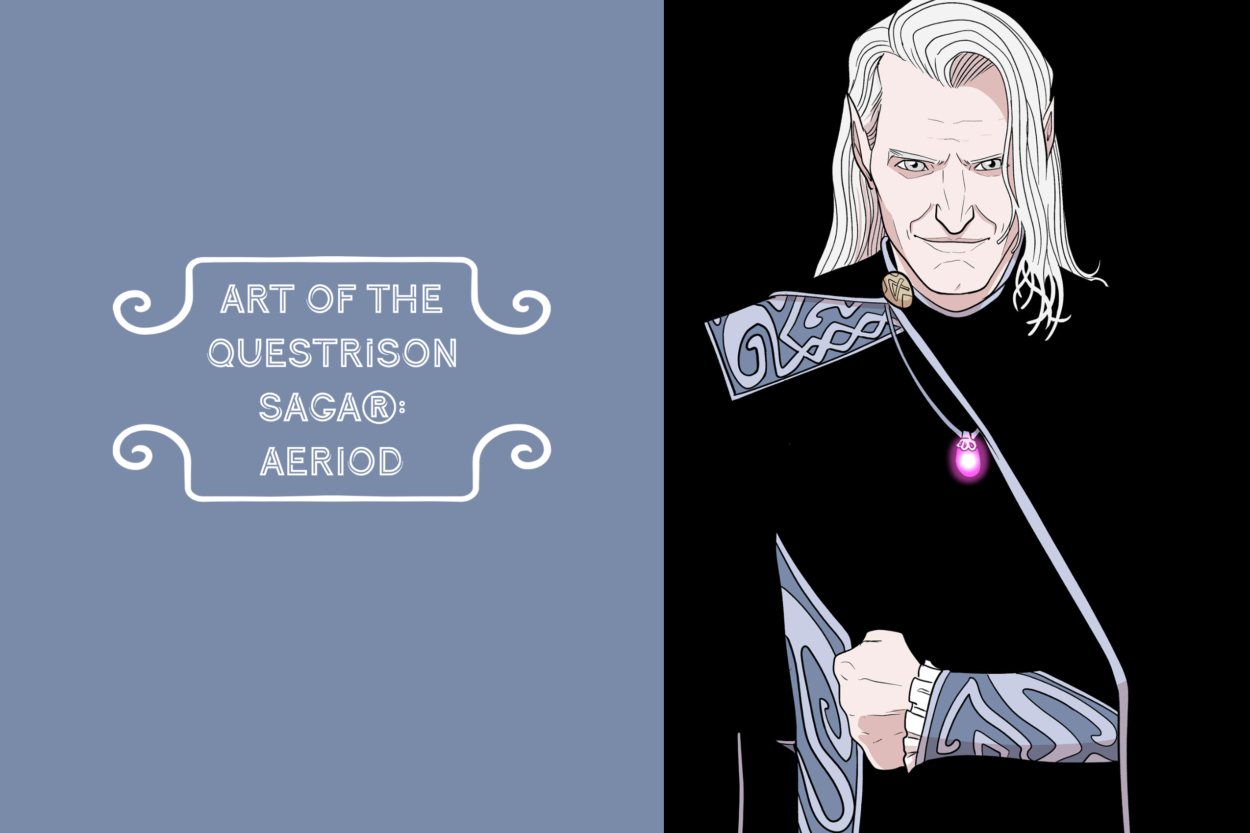 Mercurial. Problematic. Enigmatic. Mysterious. Aeriod is all those things and more.

When you see the cover of Ephemeris: The Questrison Saga®: Book Two, the first, most striking visual is that of a castle perched on an asteroid that hovers above the planet’s surface. There are two moons in the sky above and behind it. This is the planet Rikiloi, the current home of galactic mage-governor Aeriod. His homeworld is Raexam, mentioned in Luminiferous: The Questrison Saga®: Book Four.

Aeriod eschews most company, preferring to manage things from his high turrets, occasionally leaving his world to check on the other planets he governs and to meet with galactic governance officials. He oversees a farming operation on the surface of Rikiloi, and he has a soft spot for harboring refugees on his worlds.

A Raexian in species, Aeriod is ancient compared to humans. Despite his ageless appearance, he has seen the passage of many things. He is rarely surprised by anything or anyone…until he meets Galla-Deia.

Aeriod has silver eyes, pointed ears, and is taller than most humans. He is lonely and moody, and elusive and dour. He rejects most traditional technology, opting for his own special mix of tech and his unique abilities to serve his needs.

A person with few friends (with the exception of his chef, Sumond), Aeriod lives a cold life and expects to continue along that course. But the Universe has different plans…and his life and goals begin to change. Aeriod’s destiny becomes intertwined with that of humans in Heliopause: The Questrison Saga: Book One®, and time and love reshape his priorities.

Elliot Balson illustrated Aeriod in a magnificent way; his small diamethyst, given by Galla, stands out against his black and silver attire. His black cape blends with the background. You can see the bit of savagery glinting in Aeriod’s face. Learn more about Elliot’s work on his website.

You can read more about Aeriod and his adventures in The Questrison Saga®.