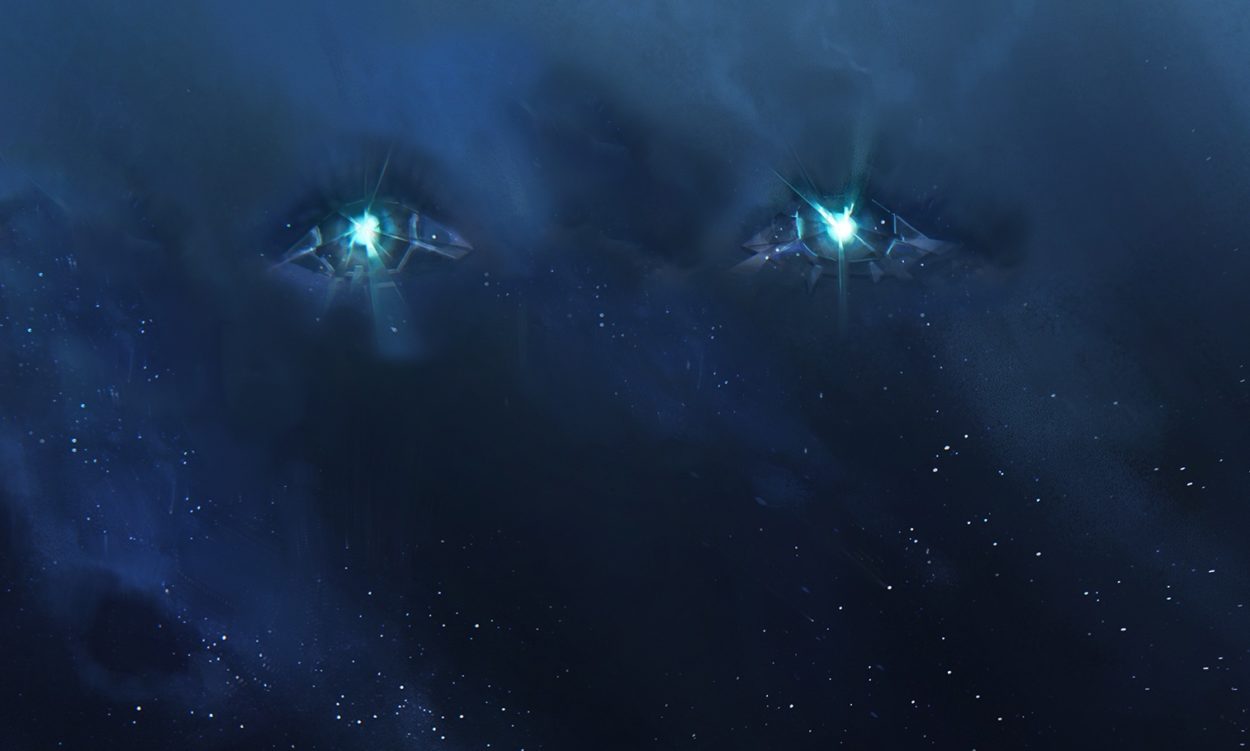 NOTE: Contains some mild spoilers for The Questrison Saga®.

Early in Heliopause: The Questrison Saga®: Book One, a human by the name of Forster experiences a strange disturbance. He sees flashing lights out of his porthole window on Mandira Research Station, and that triggers a migraine in him. He does not realize that the lights were a message, one that only he could pick up. At least, that’s what he and his coworker Gibbons first thought.

Gibbons has an AI he calls Veronica, and she deciphers a coded signal from somewhere beyond the heliopause at the outer edge of our solar system. There is more to Veronica, however, than meets the eye.

Shortly thereafter, a supply ship captain named Spears en route to the station falls under attack by an unseen foe. It leaves him crumpled in a fixation of intense pain and suffering, frozen in torture, yet still alive. Something sinister has entered our solar system: a force known by the rest of the galaxy as Paosh Tohon.

While the enigmatic Efron speaks about his knowledge on the being, Paosh Tohon’s history and capabilities are not entirely revealed in Heliopause or Ephemeris: The Questrison Saga®: Book Two. The two remaining books in the series peel back the curtain on this strange, malevolent monster.

Paosh Tohon is both a monster and a villain. It is a being that can attack and place its prey in a state of catatonic torture, while it feeds off of suffering. Paosh Tohon can extend the life of others only by extending misery (and disfiguring them; note the diamond eyes in the blog header). It spreads as a sort of metastasis, and can appear at any point in the galaxy. Paosh Tohon favors telepaths and can detect their broadcasts. A telepathic participant in the secretive Project NEEDLE drew a bit of this force to the solar system.

Paosh Tohon also harbors some intelligence, by acquiring prey that it can in turn use to capture other victims. Telepaths work particularly well for its needs. It taps into manipulation and deceit and basic trust. By ensnaring a telepath, Paosh Tohon can ascertain the weaknesses of other prey the telepath encounters, from physical weakness to security information that can compromise its enemies.

Because of the generally chaotic nature of its spread, Paosh Tohon is recognized by the galactic governing body, The Associates, as more of a nuisance than a galactic problem. The Associates have the “greater” concerns of governance. Mitigating the long-forecast natural catastrophe they call the Event remains their chief focus. In Ephemeris, mage-governor Aeriod sees through this oversight. He and Galla-Deia realize that Paosh Tohon will take advantage of the coming disaster, and will grow unimpeded by feeding off the suffering the Event causes.

As the Event unfolds, and Paosh Tohon grows, it recruits sycophants into a cult-like following called Valemog. Valemog members survive Paosh Tohon as a reward for bringing it more victims to feed upon, and by helping destabilize the galaxy.

No one is safe from Paosh Tohon, even those resistant to its form of control, such as Galla and Aeriod. Paosh Tohon finds ways to inflict pain: if not directly, than indirectly.

Can anyone stop this evil force from overtaking the galaxy?

Keep reading The Questrison Saga® to find out! Book three arrives in 2020. Until then, catch up with Heliopause and Ephemeris.

Image Credit: Diamond Eyes Detail from the Cover of Heliopause: The Questrison Saga®: Book One. Art Copyright 2018 by Leon Tukker.