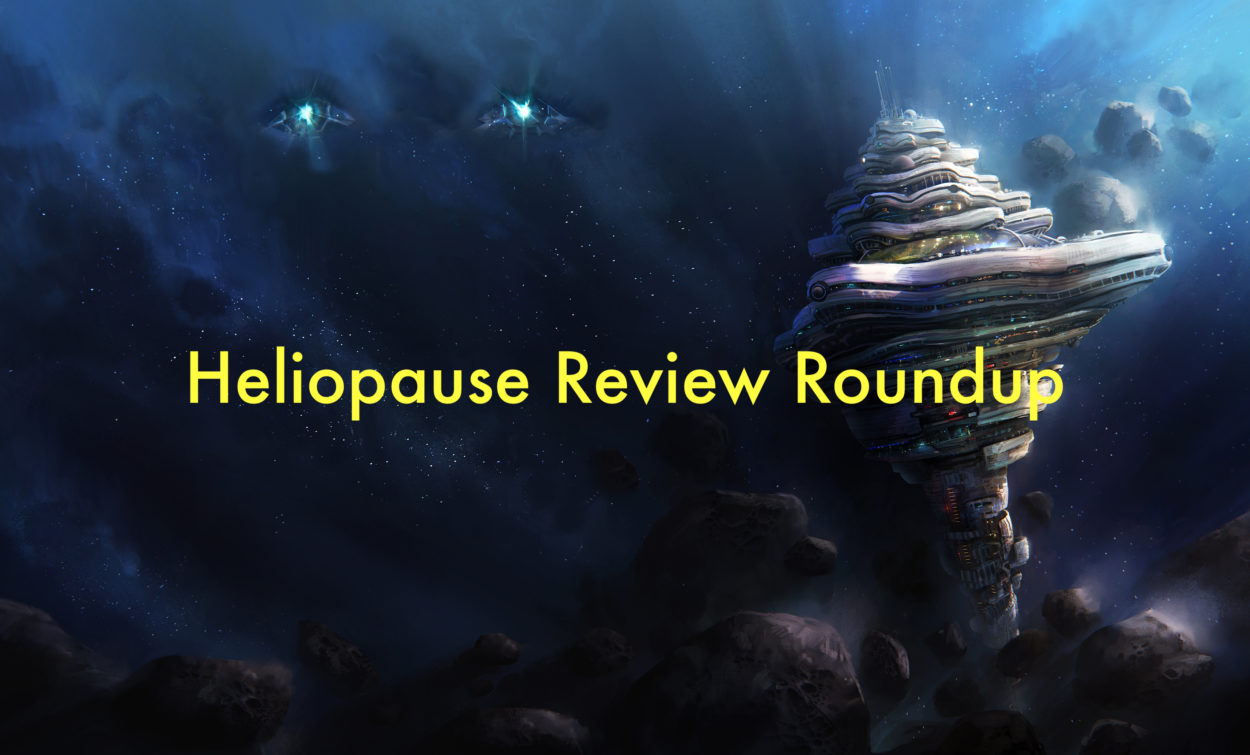 Seven months ago today, Heliopause: The Questrison Saga: Book One launched into the world! What a long, eventful, amazing ride it has been in just over half a year’s time. As we wind down 2018, and I look ahead to Book Two, I thought I might share the online review reaction thus far to Heliopause.

I am thrilled to have Heliopause be recommended by Kirkus Reviews in “Advice to Readers Stuck in a Rut”. In sum, the reviewer says Heliopause is “…a fast-moving adventure that involves aliens, telepathy and more than a couple of surprises.” Read the full review here.

Fans of Doctor Who will appreciate this excerpt from the review from The Gallifreyan Buccaneer Blog: “If you like your sci-fi with a bit of intrigue and mystery then this cleverly written story is the book for you.” Read the full review here.

From Goodreads, the following reviews made my day:

“…ties up nicely, yet leaves just enough of a thread to continue in the future. Heliopause is a stunning debut and I am really looking forward to reading more as The Questrison Saga continues.”

“…when you start reading it, you get pulled back into the Golden Age of Science Fiction or into an episode of Star Trek (The Original Series).”

And from Amazon, there are great reviews:

“A fun sci-fi read. It has well-developed characters but not at the expense of making the story hard to follow. A space station at the edge of the solar system is a great setting for the scary drama that ensues. Looking forward to the next one!”

“Wonderfully mysterious character development that kicks off what is sure to be an entertaining series. Looking forward to book 2!”

And this one really in amazing:

“I have to admit I was somewhat skeptical of the validity of the eclectic mix of quirky characters early on in the read. As the characters grew familiar, I became comfortable with their peculiarities and in an introspective moment realized that every group of people in my life, be them fellow students, co-workers, friends, neighbors and family, were just as odd/interesting, but far less purposeful in their quest to exist. In other words… They were everyone I’ve ever known together in space, dealing with life on the edge of survivability. As strange and precarious predicaments tested them beyond their limits, I began to cheer for some, and despise others. The palpable tension, experienced by both the characters and me, kept me reading well into when other activities should have started. The tumultuous ending left me with a feeling I haven’t felt since the Magnum P.I. TV series went off the air. I wanted more of the characters. I don’t even need them on any kind of adventure… I’d just like to be in the room when they interact with each other. I want to hang out with them. I might even fit in.”

I mean…Mangum P.I.! How about THAT! Awesome.

Each review is a gift. I’m so grateful to everyone who has read my book, and I’m thrilled for the reviews it receives. Thank you!