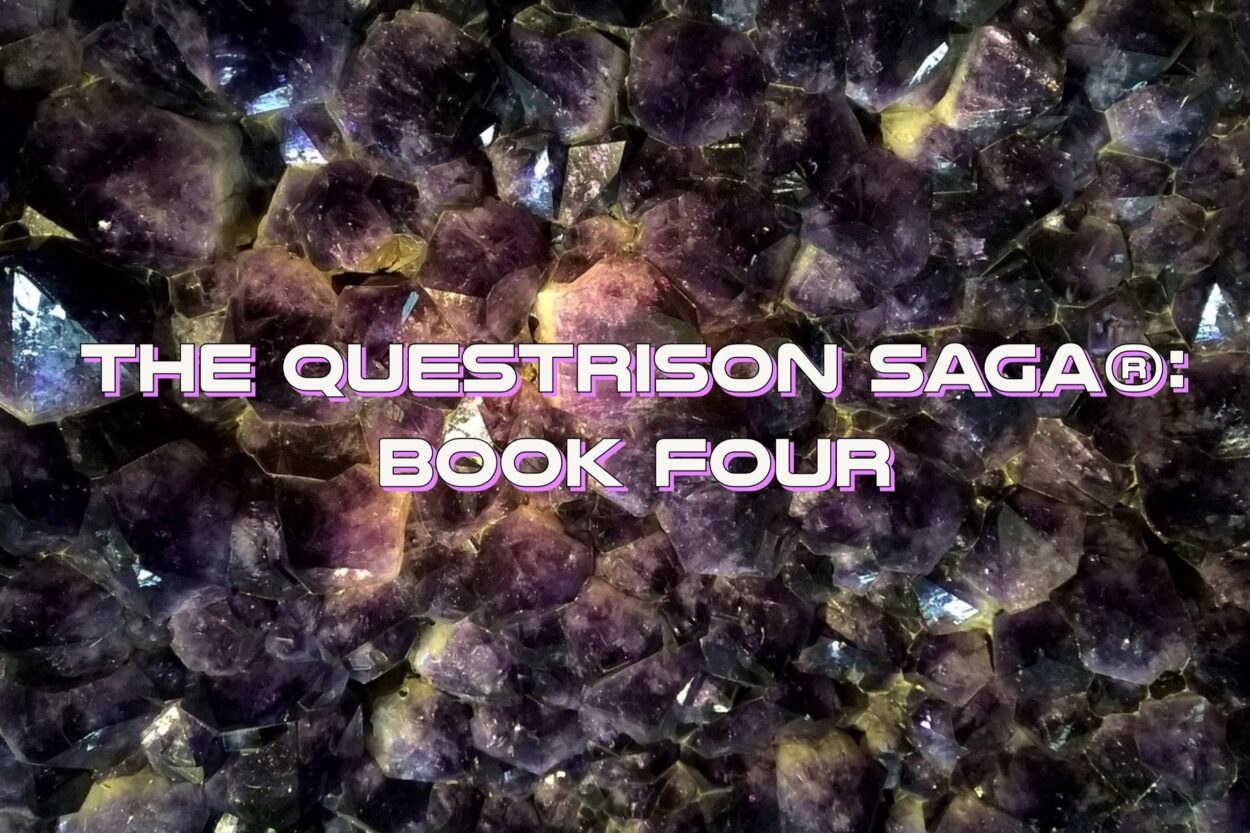 The Questrison Saga®: Book Four is FINISHED! It feels good yet strange to type those words.

Back in 1987, when I first started writing what eventually would become this series, I had no idea what kinds of wild twists and turns I would take in life in general, and writing in particular.

I knew it would not be a quick path to get my books out in the world. Usually that’s not the story. And if it had been, there might not be layers to these books. Certainly not the ones they have. I could not have known as much about love, loss, science, and discovery even a decade ago, must less when I was a young teen.

It feels fitting that I finished the final book in the saga in the place where I grew up, and started writing these stories to begin with. It feels correct. I wish the reason I had returned here were different. Still, I am glad to be here.

The other day, I was flipping through old character art in photo albums from the late 80s, and I found one picture that I thought was suitable to build a little fun moment for in the final book. So my own art influenced my writing, and vice versa, much as it has always been.

On to practical considerations. What happens next? The manuscript has been reviewed by one beta reader, and is in the hands of the second one. After I get feedback from that reader, I’ll polish things up a bit more, clarifying anything I didn’t through the first pass. Then it heads to the actual editor, who has worked with me for each book in the series.

Usually she takes about two weeks with a manuscript. But this one is BIG, over 123,000 pages! That’s far and away the largest book in the series. So it might take longer. She will have many things for me to sort through, I am quite sure. And that’s a good thing. With a professional editor, I can rest assured this book is going to be the best it can be for readers, and for fans.

What happens after that? Well, cover art begins later this month. And after that’s finished, in March, my designers at Dash Creative will make the cover.

Everything will be uploaded in late March, and preorders should begin sometime in early April, if all goes according to plan.

My goal is to publish Book Four in early June.

You will learn the book title when I do the cover reveal for preorders, the same as with the three previous books. As always, newsletter subscribers get this reveal before anyone else!

I’ll attempt to talk about Book Four without spoiling Book Three, Accretion (and that’s very hard to do, given the momentous nature of the final acts in that book).

In a nutshell: Love and war. Spaceships and exotic worlds. Aliens, androids, ecosystems. Mages and presidents. Long cons. Family feuds that led to galactic destruction. Family ties that could save the galaxy.

You will meet both new and familiar faces, in a galaxy menaced by Paosh Tohon and its terrorist regime, Valemog.

Longtime readers will appreciate the nods and callbacks going back to Heliopause and in each subsequent book. I think you’ll enjoy immersing yourself in these worlds, with these characters, in this final book.

Catch up on the series before Book Four arrives! Head to my book page to read about each novel.