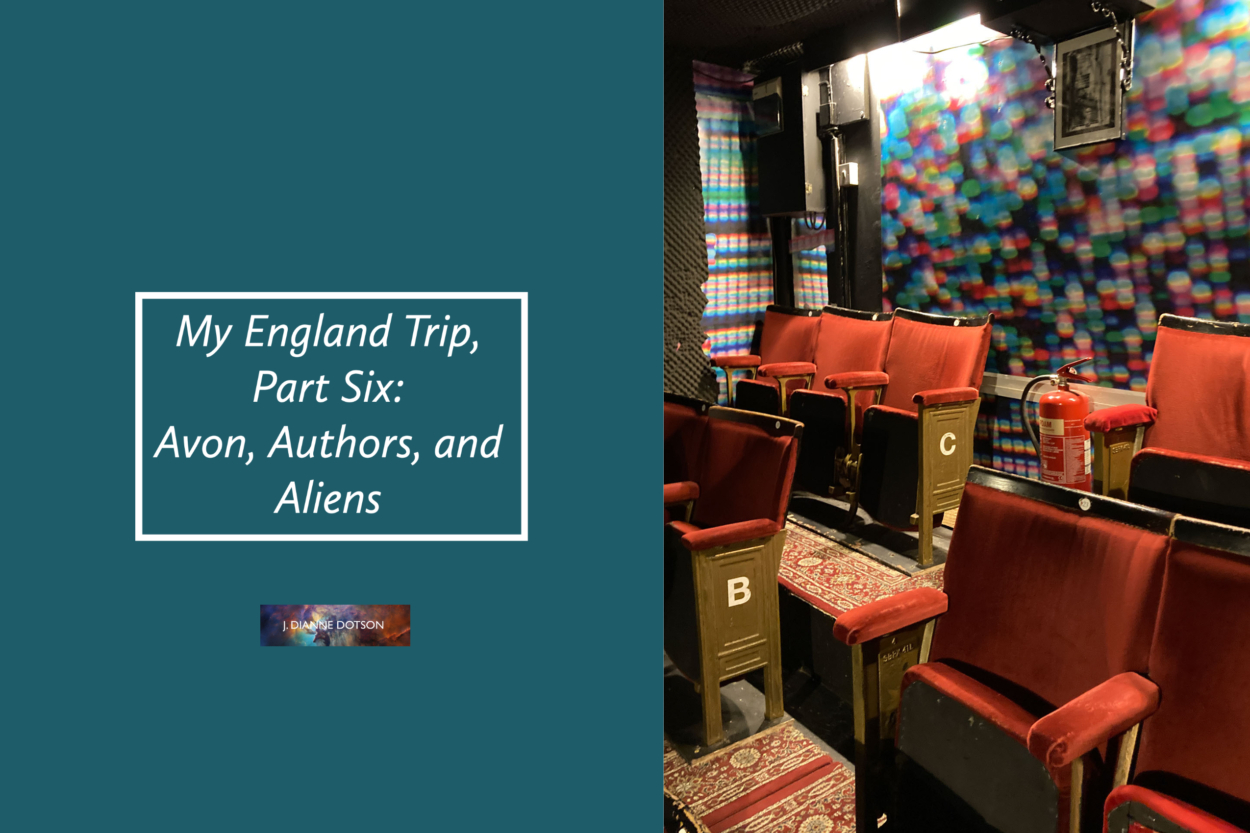 A return to normality from jetlag meant my appetite roared back to life. So upon waking, Gareth and I went over to the Portishead Waitrose and had a full English breakfast and tea. We planned a full day in Bristol.

Later, we ran errands in Gareth’s village and then meandered around the roads of Bristol until we reached the village of Saltford, on the River Avon. Here, we stopped for lunch at a pub called the Riverside. I had proper pub fare, but my eyes kept drifting to the river.

There is a weir just down from the pub, but boats cannot go down that. I finally saw a canal boat head through some locks, and that scene gave me deep contentment. Close by, several similar barges were tied up along the river. Along the banks of the River Avon, heady, brilliant roses bobbed, their brambles clustered with plump rosehips. It was a splendid day, and I could have watched the boats and the gentle river forever. But we had other plans.

We drove on, but I wanted to stop and get a picture of this old mill with vibrant, late-summer flowers all about its garden.

After that, we drove back to the hotel and rested, and then readied ourselves for an evening out. We had multiple plans: a movie, and meeting friends at a pub. We gussied up for the occasion.

Gareth had told me about renting a little theater called 20th Century Flicks that could show whatever movie I wanted to see. Given that we had bonded many times over one of our most favorite movies, ALIENS, I requested that, since I had never seen it on the big screen. I had watched it many times since I was twelve when it had come out on VHS. I had memorized the film and all its dialog, and to this day it strongly influences my writing.

Here is what the wee theater room looked like. There was another one, that was made to look like the Black Lodge from TWIN PEAKS. In our room, it was just the two of us, so we had our little movie theater date, holding hands and watching the extended cut of ALIENS. This was all very much a dream come true for me.

After the movie, we walked the short distance to The Christmas Steps pub, and met up with several lovely writers and artists, some of whom I had recently become acquainted with on social media. I had never laughed so hard in my life as I did that night! Libations came my way, and I partook in smaller-sized glasses of either beer or cider until a Dark & Stormy made its way to me. Then I was well and truly marinated.

Gareth and I stepped out into the night under twinkling lights. I leaned on him so I could navigate walking in high heels on cobblestone (having gone up and down pub stairs to the loo alone in said heels!) with my head quite fizzy and my smile broad. We caught a ride back for the night, hands intertwined, thoughts on happy memories, eyes on each other.

J. Dianne Dotson is the author of The Questrison Saga science fiction and fantasy books.