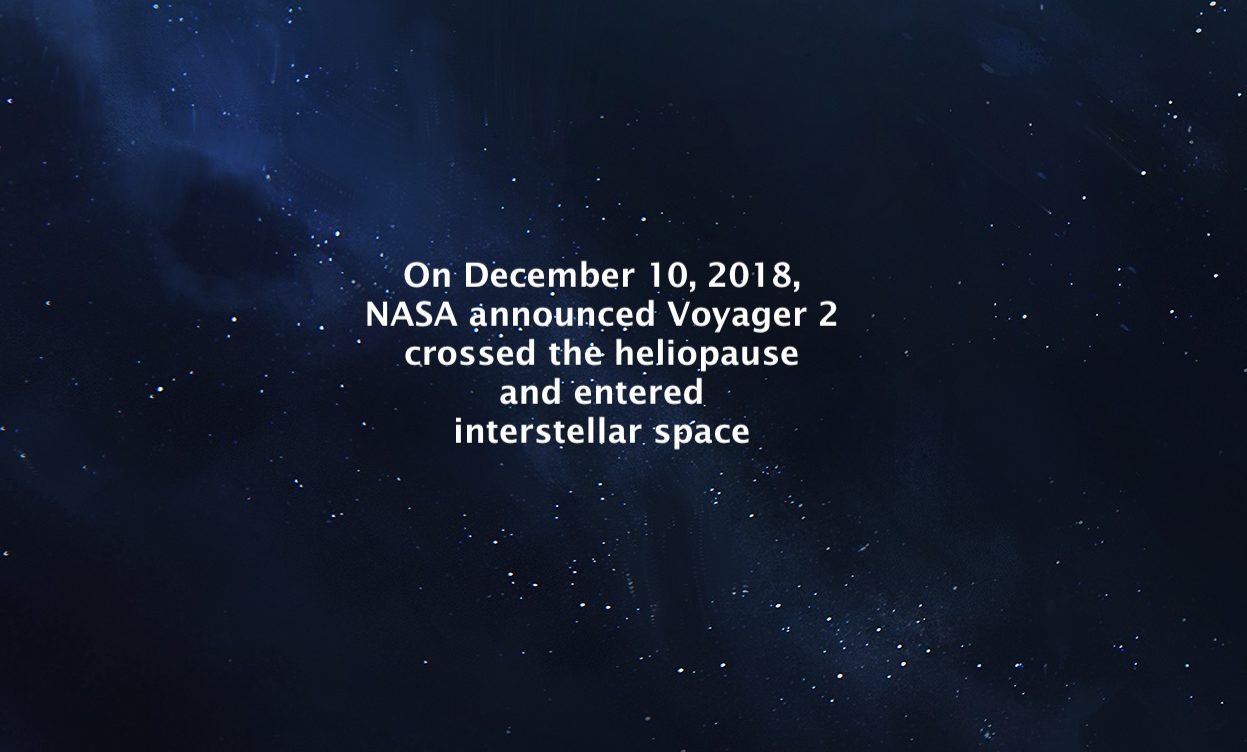 I owe so much to the Voyager missions. My novel Heliopause: The Questrison Saga: Book One. My short story, EUROPA BURBS. But even before those, I was a child enamored by space.

Voyager 2 was launched on August 20, 1977 and Voyager 1 was launched into space on September 5, 1977. Voyager 1 was so named because its goal was to reach Jupiter first, before Voyager 2. I was three years old. At this point I had seen Star Wars in the theater, my first remembered movie theater experience. (I was convinced Alderaan was Earth being destroyed!) These events are all related, because after that point in time, I started looking up.

Clearly the Voyager missions left an imprint on other science fiction writers of the era. Who can forget Star Trek: The Motion Picture, and VGER? I did not see this film in theaters, but rather on video a few years later. It slinked into my psyche, and made me ponder.

The Voyager missions captivated so many of us because they carried with them evidence of us all. The golden record depicting humanity was, at that time, a novel and groundbreaking idea. The idea that humanity would, in some way, reach beyond our own star’s boundaries and enter the void between stars, the interstellar medium: that was an incredible thing to think about. It still is.

I spent my childhood obsessed with astronomy. I even eventually made my own astronomy club for my neighborhood friends. In the middle of Southern Appalachia, out in a tiny burg called Gray, Tennessee, rural and removed from urbanity, I looked ever further above. I followed the Grand Tour’s discoveries of our gas giant planet, Jupiter, Saturn, Uranus, and Neptune. As I grew older, I noted the passing of an era, in which Voyager 1 took the “family portrait” photos of Venus, Earth, Jupiter, Saturn, Uranus, and Neptune. You may remember a certain gentleman cosmologist named Carl Sagan calling Earth a “pale blue dot” as a result of those images.

Then, in August 2012, Voyager 1 was confirmed to cross the heliopause, the boundary of our solar system separating us from interstellar space. We had left the solar system! It was about this time I started pondering a story that connected to an overarching saga I had been working on. That would go on to become Heliopause: The Questrison Saga: Book One, my first published novel. I thought about the extraordinary distance from Earth to the heliopause, and wondered what it would be like to live out there in the distant dark. You would need to be fairly self-sufficient. And if anything went wrong, help would take some time in getting to you….

As time went on, anticipation grew over Voyager 2. Would its battery life last long enough for it to cross the heliopause? Today, December 10, 2018 we received official word: Voyager 2 is now out of our solar system. Over 40 years ago, these missions launched, and now they have reached beyond hope and imagination. Now you can track them! How long the two vessels endure remains unknown. But the answers they have given have led to more questions. A new era dawns: we are interstellar.

Voyager 2 as well as Voyager 1 captivated me for my entire life. They made me ponder my existence in what seemed a broadening universe. They opened up our solar system to all of us. And now, interstellar space beckons for further research. What I only dreamed of since childhood finally occurred. May this new era bring grand knowledge, and may other children feel that spark to learn and reach and write and wonder.

NASA JPL: Voyager Mission Status: Where Are They Now?