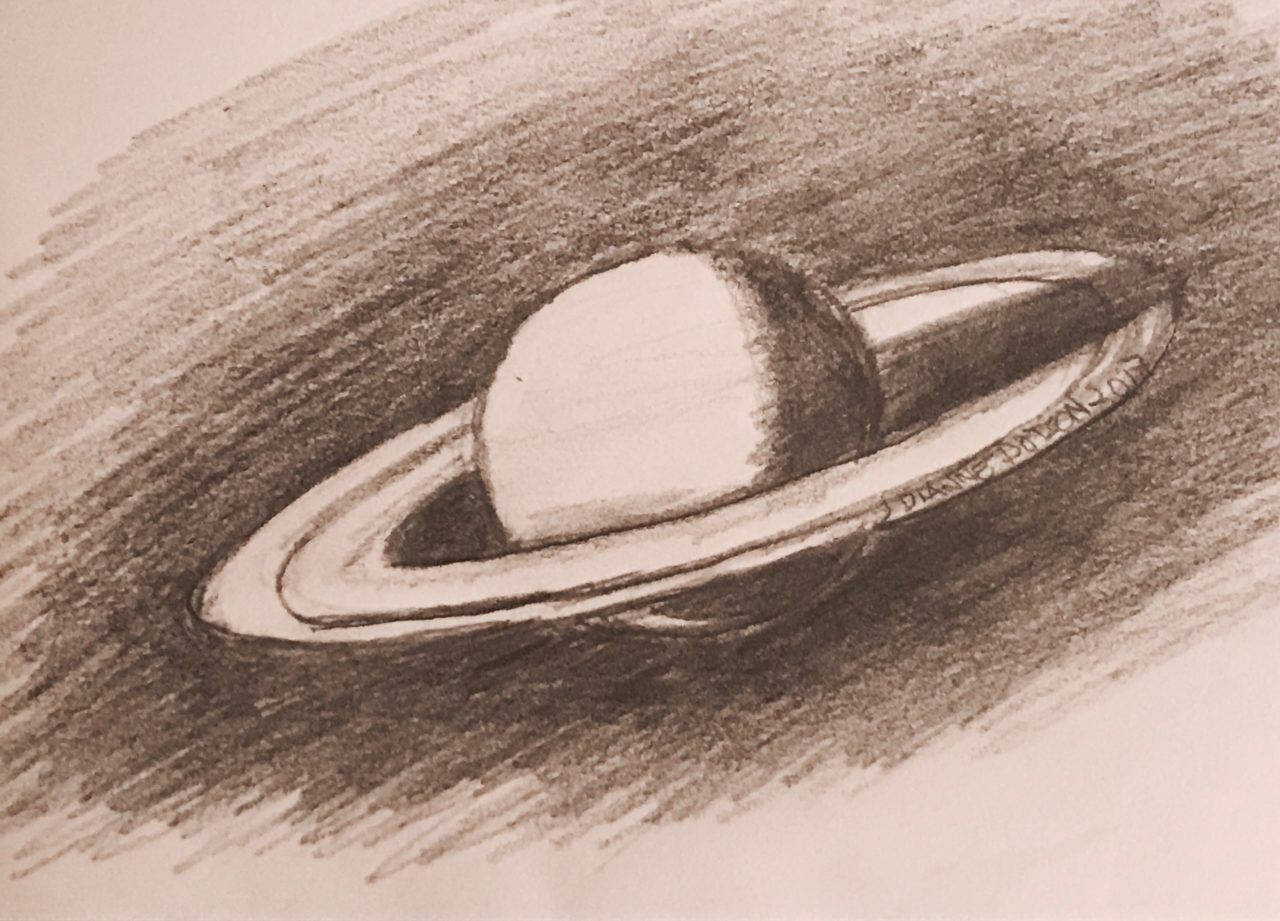 This morning I awoke with a start around 4 am and pelted down to stream the Grand Finale of Cassini’s mission to Saturn. I listened to the voices of the scientists on my phone, and watched the radio signal display on my tablet. Eventually one of the bands of the signal winked out, and finally both were gone.

I knew Cassini had already reached its final destination, vaporizing in Saturn’s atmosphere, as planned. This protected the ringed planet’s moons from contamination by the spacecraft.

Now we sit back and take it all in. We hurtled Cassini on its way in 1997, and it traversed the long, dark trail to the huge, ringed world of Saturn. In January 2005, Cassini launched the Huygens Probe to Saturn’s moon, Titan. I remember watching, awestruck, as the images came back to us on Earth: Huygens parachuted down through Titan’s atmosphere onto an amber-hued, craggy surface. We had landed on another world’s world, essentially.

And today, after many looks at Saturn’s several moons, and its travels through the planet’s rings, Cassini went dark. But before and after this day, the lightness of wonder, the trove of science, opens to us. Thank you for igniting our imaginations and our understanding of the solar system. Goodbye, Cassini.