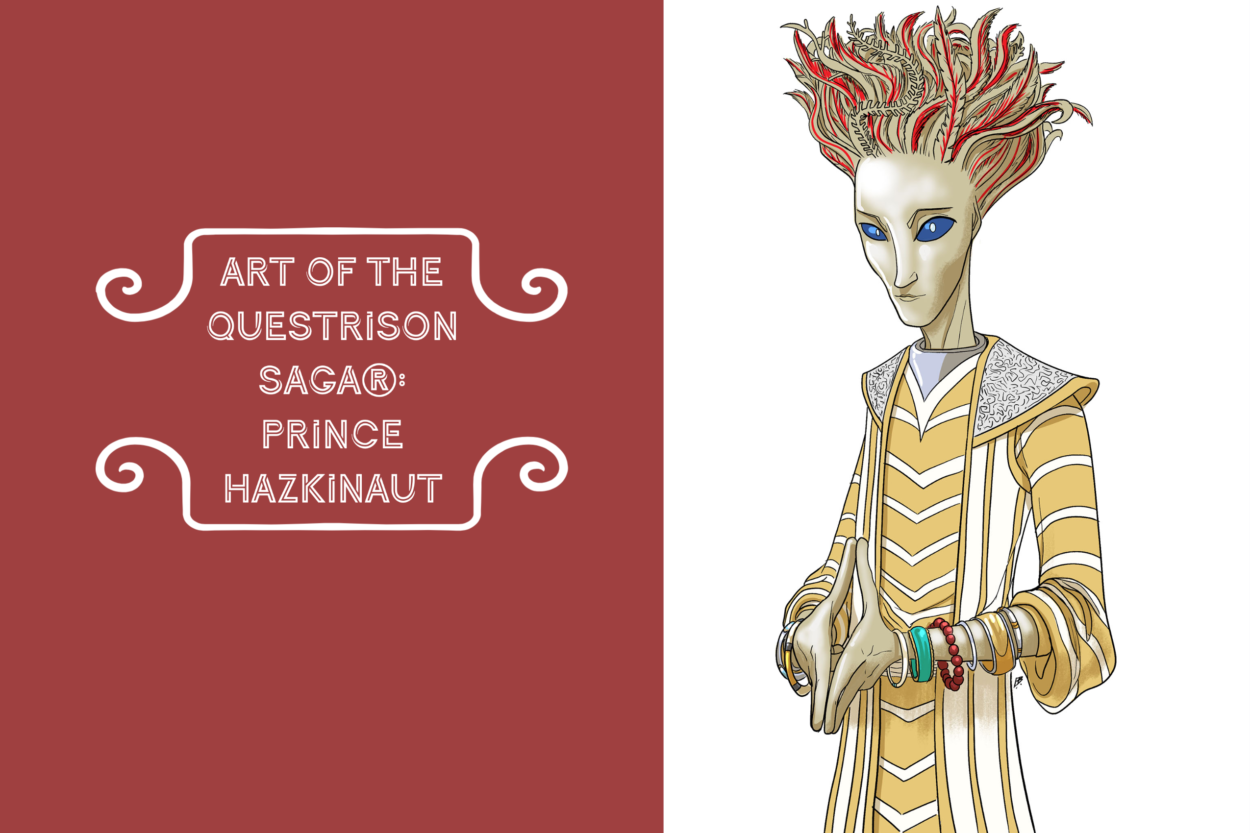 The Fourth Planet of the Mehelkian system is not a world of oceans, lakes, and rivers. It is primarily a desert world, with chiefly underground water supplies. Occasional oases dot the lands. While its bright surface dazzles the eyes, it harbors secrets in plain sight. The system’s High Prince of the Twelve Planets of Mehelkian, Prince Hazkinaut, is not who he appears.

Galla-Deia and her Questri team visit this world after having received a tip from alien refugees. Galla seeks telepaths to help her in her dual quests: stopping the catastrophic Event, and fighting malevolent Paosh Tohon, who benefits from the chaos and suffering. Galla is told that a powerful telepath resides there. She is also given a warning to expect trickery. Her ship, the Fithich, is escorted by elaborate golden drones as she travels to plead her case with the royal court.

In a palace in the desert, Prince Hazkinaut holds court in his manufactured oasis. The High Prince welcomes his guests with elaborate fanfare, giving them everything they could need or want. But he finds Galla to be a puzzle. She does not realize he has an alternate identity as a powerful telepath, the very one she seeks. And he, as with all other telepaths, cannot read Galla’s thoughts. But he takes advantage of her crew’s desires, and despite their own respective mental abilities, he has them all figured out quickly. For he does not trust Galla any more than she trusts him.

Prince Hazkinaut covers up the appendages on his head, which resemble feather stars, with an immense turban to hide the scale of his natural abilities. The grander the appendages, the greater the powers one has. With the Prince, there are veils upon veils.

He also carries another secret. Prince Hazkinaut is a mage. He can warp reality for others, and so he lives in decadence, safe from the galaxy’s ills, not believing he and his people face the same threats as other worlds. Despite all his riches, however, he does not possess the one gem that could save him from the enemy: a piece of Galla’s diamethyst.