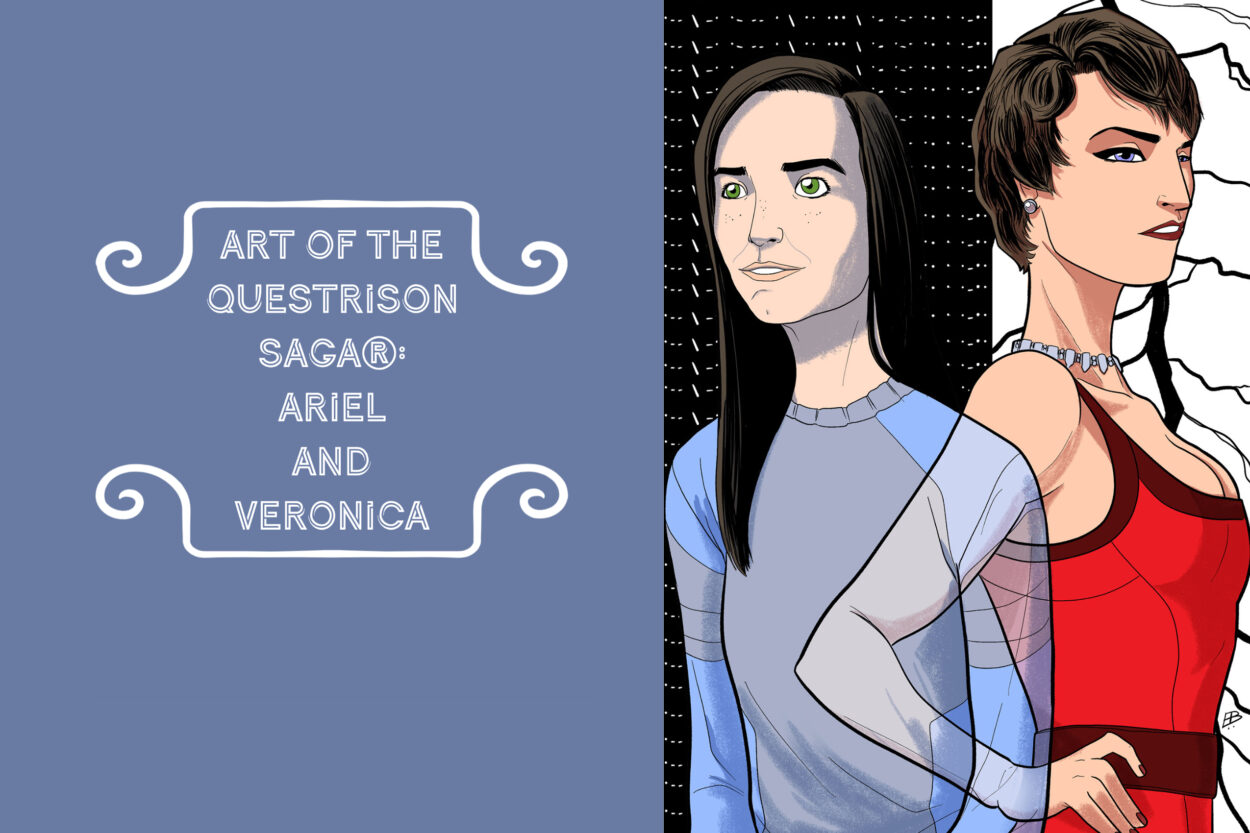 In Heliopause: The Questrison Saga®: Book One, it is revealed that an enterprising man, Clegg Badenhorst, had perished in an accident. Prior to that, he was the richest man in the Solar System, involved in many projects. He seed-funded the various outer system space stations, such as Mandira Research Station. Badenhorst also formed experimental groups such as Project NEEDLE (Neurological Enhancement Expedition for Detecting Local Extraterrestrials), “A Subsidiary of Badenhorst Biostructures.”

Natural telepaths (those not technologically enhanced) formed the basis of the experimentation. They served as listeners for detection of any alien lifeforms at the edge of the Solar System. This entailed recruiting volunteers. Two of these telepaths were Ariel Brant and Veronica Chaudron.

Badenhorst knew he wielded great mental power with the two women. But he did not foresee how successful his project would be, or how ominous. He also did not know how connected they were before recruitment.

Ariel and Veronica were at first casual acquaintances, later friends, and then frenemies. Veronica had come from a troubled past. She buried much of it deep in her mind where no one could venture, not even Ariel. Ariel also built “little towers” in her mind, a trick since her childhood, to shield others from delving too deep in her mind. So they came to know each other, and had a relationship that didn’t last. Neither could fully trust the other, and Ariel could not empathize with Veronica’s past, since she had hidden it too deeply.

Veronica became involved with Dunstan Gibbons until she disappeared, along with Ariel, presumably left for dead in their stasis pods in space. With Badenhorst presumed dead, Project NEEDLE was abandoned. Ariel’s mother, Meredith Brant, remained on Mandira Research Station hoping against hope she would see her daughter again.

Only after a man named Forster arrived at Mandira did anything change, and that is the backdrop for Heliopause.

Yet after everything, the bonds between the two women remained deep. This affected the entire galaxy, including Ariel’s own family.

Read more about this tragic tale in the full series of The Questrison Saga, and how it affects everyone else.

Splendid art by Elliot Balson, capturing Ariel’s Morse code trick (it spells out “My name is Ariel”), and the forked, black lightning of villain Paosh Tohon behind Veronica. They may not align, these two women are forever connected, as the illustration shows.